The project was born from the collaboration between the Alberto Peruzzo Foundation and the IED of Venice. The video aims to tell the story of the Church of Sant’Agnese in relation to the place, the city of Padua and its history, up to the advent of the Foundation. After extensive historical archival research on the territory of Padua and in particular on the Church of Sant’Agnese, it was decided to create a video that, through a series of historical photos, would cover the city narrating it, up to the church. Each urban scenario in the video is animated by lights, cars and people that give life to the context and the private photos of the sky show the most famous works of the foundation as a background. The video ends by isolating the church of Sant’Agnese, on whose structure the works that previously animated the sky are projected to underline the close link between the paintings and the place that will host them. 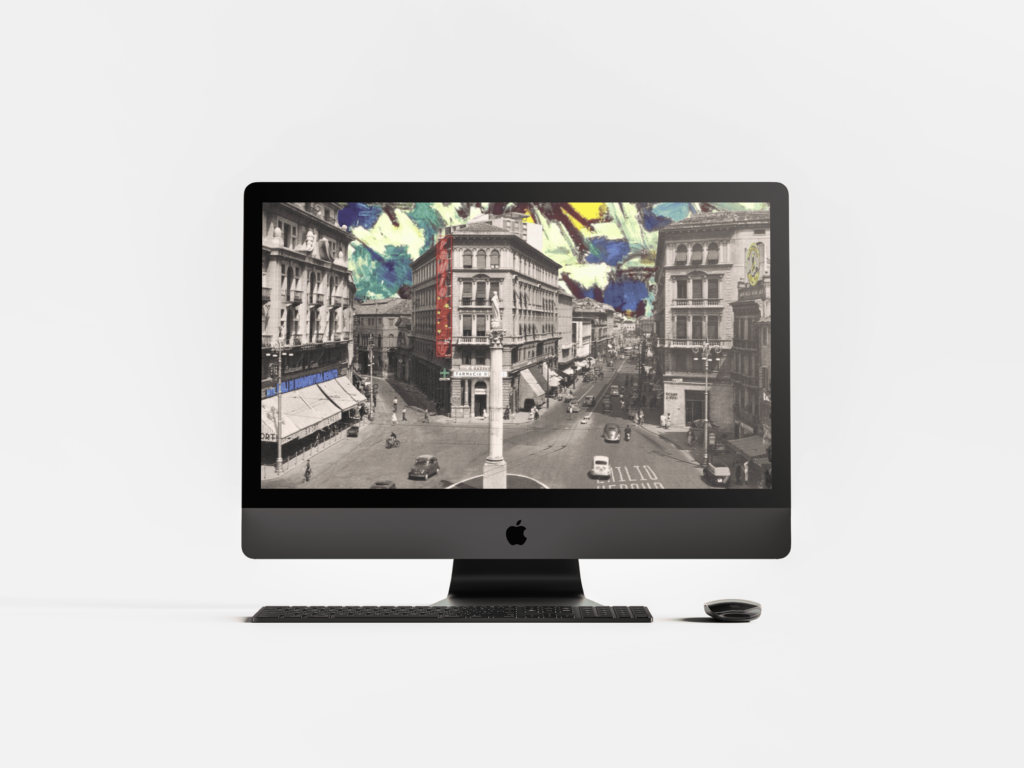 The videos were used as a promotional video for the foundation’s social channels. This video was made in collaboration with the Media Design class of the IED in Venice.

YOU CAN SEE THE WHOLE VIDEO HERE. 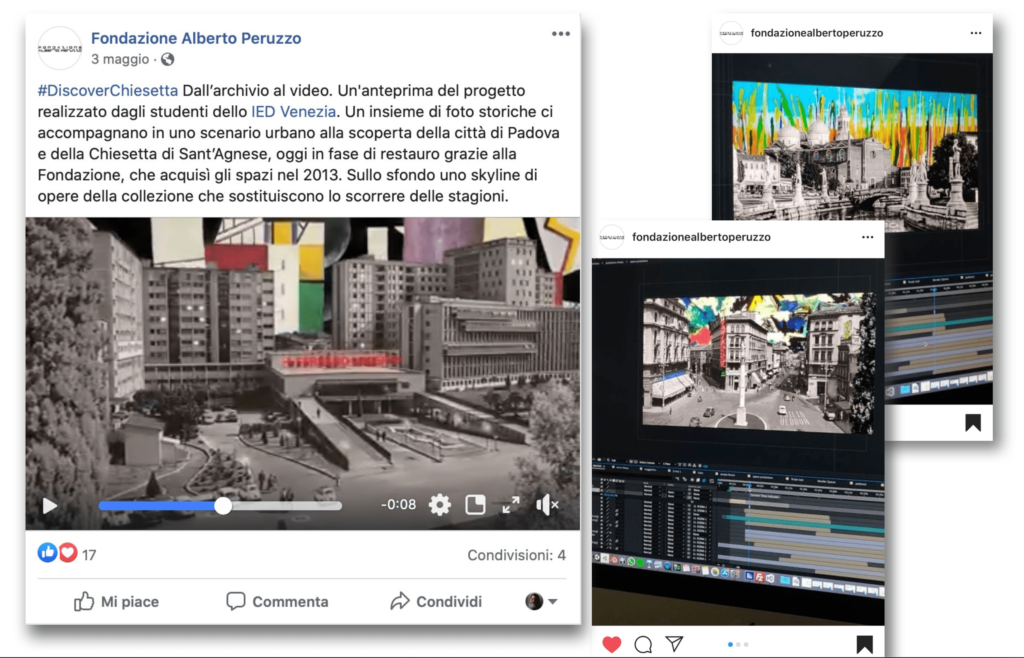